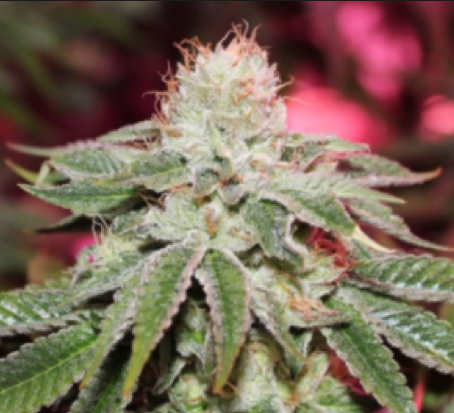 This strain of cannabis is heavily Sativa dominant with ratios of 60:40, Sativa and Indica. The buds have a flowering period of 65 days and are one of the more popular varieties to be grown indoors. With THC values of 28%, this is more of a sour tasting variety than the natural sweetness that comes with most strains of medicinal marijuana.
The action of this cannabis strain hits the center of the head and mainly acts as a mood elevator. White fire OG would be the preferred type of marijuana to overcome the lethargic feeling after a hard day at work. Quite unlike the more prevalent forms of cannabis, there is little drowsiness with this strain thus making it possible to use the produce during the day.

As stated above, the White Fire OG teen clones for sale have little sedating effect thus making it suited for use during the day. This strain of cannabis can be used to handle the low feeling that comes at the end of a hard day. It can be used to boost low energy levels and is to be noted for the quick acting action.
Most users do complain of a dry mouth after the use of the cannabis, and it is to be noted that there is a higher degree of dryness as compared to the other favorite strains of medicinal marijuana. There have been reports of dizziness after the use of the White Fire, and if someone is trying out the strain for the first time, it would be advisable to be watchful for this feature, for good measure.

The characteristic feature of the White Fire OG strain is that it relaxes the person entirely. This would be the preferred strain to remove social inhibitions if the need so arises. The strain is known to alleviate depression and anxiety. There have been reports of its effectiveness in handling the glaucoma cases and even some of the cancer afflictions.

It must be pointed out that marijuana is more of an herbal product and hence the action of the produce does vary with the individual. Although there are some general qualities, it must be seen as being indicative of the particular strain than a sure shot result.
The low Indica dominance makes the use of the cannabis less sedative. It also makes it suited to be used in combination with other drug formulations without much cross interference. This strain is faster acting when compared to the more dominant Indica strains, and the effects do wear off quite quickly. Thus someone seeking out a longer lasting effect must be prepared to use more of the product and more frequently as well.

-Appetite. Most people do notice improved appetite and even a craving for the fat-rich diet. However, the use of the White Fire must not be to improve the appetite, but it can be a contributing factor when the choice of the right strain of cannabis is to be decided.
-Pain. This strain can be used to control pain well. The fast action does have its uses in pain management and is the preferred method to handle the particular instances brought on by some serious diseases like cancer and the likes.
-Mood elevator. States of acute depression have been known to have been handled by the White Fire strain of cannabis. It would be prudent to have the product administered under the proper medical supervision. Use of homegrown knowledge can prove to be counterproductive and more so if the individual is using some of the other medications as well.
-Headaches. There have been significant instances of curing people of headaches. Although, successful treatment of headaches due to the migraine has not been noticed at anytime.

It is a common grouse with the users of the White Fire OG strain to complain of a dry mouth. There are the cases of dry and itchy eyes too, but not as prevalent as the cases of mouth dryness. Some folks have been known to complain of heightened anxiety, but these situations are far and wide in between. However, the first time the user must be warned of the very possible at all times.