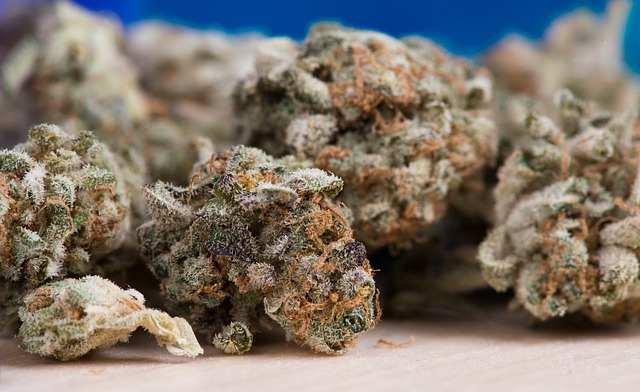 Many people perceive drug addiction as an ailment that requires healing. Many people dealing with drug abuse see their lives coming to a stall. Medical cannabis legalization is being used to treat the untreatable. Research made states that medicinal marijuana can be used to stop drug addiction. The study indicated that marijuana didn’t bring about any physical dependency and hence distinct from the other drugs. Some of the drug addictions individuals have consist of alcohol and opioid substance addiction. So how useful is medical marijuana in treating these drug dependences. Some of the reasons why medical marijuana is considered active include;

Medical marijuana is well known for easing chronic pains suffered by patients’ different conditions. Patients, as a result, use medical marijuana to remedy their ailments. Such patients testified that the use of medical marijuana decreased their opioid dose or replaced the drug completely.

Pain is the main reason why patients seek pain-relieving substitutes. Opioid substances as well as heroin are normally easily obtainable and recommended to patients. This drug use is meant for a short span of time as per the physician’s prescription. However, some end up taking them without a doctor’s prescription. Some also take a larger amount than recommended. This abuse, in turn, makes these patients have a tolerance to the pain-alleviating effects generated by the opioids. Consequently, the patients see a need to increase the prescription and end up creating an addiction on the drug for pain alleviation.

Cannabis has been categorized as a schedule one drug. Despite this, research doesn’t identify marijuana to have any habit-forming properties. Actually, the long-term effects of pot on the human body are still unverified.

Buy Marijuana clones to work as an alternative

Medical marijuana research has shown that the recently legalized drug can act as a substitute for other hard substances. Amanda Reiman oversees a case study on methamphetamine consumers in quest of harm reduction in San Francisco. In the case study, the methamphetamine consumers acknowledged that cannabis use gave them mindfulness. The consumers, then, would decide to use and sleep as opposed to taking meth.

The use of medical marijuana also brought about the reduced use of other drug substances like alcohol, opoids, and tobacco. For example, patients with alcohol dependency acknowledged that medicinal marijuana had controllable symptoms, not like alcohol. Moreover, unlike opioids and tobacco, cannabis studies don’t show symptoms of drug dependency by consumers.

Research indicates that a dose of Tetrahydrocannabinol (THC) helped the user in reducing addiction on the hard drugs. The THC also enhances mindfulness and puts the user in a position where they can assess their lives. So, a lot of drug addicts who started using marijuana as a treatment displayed quicker treatment. Many deaths caused triggered by hard drug use like opioids also decreased afterward in states that legalized medical marijuana. Thus medical marijuana is an effective alternative for alcohol and the hard drugs.

Cannabis helps in withdrawal stages of the hard drugs

Are you aware that the possibilities of retrogressing to hard drug use in the withdrawal stage are slim for medical marijuana consumers? Well, some of the withdrawal signs experienced by these hard drugs such as crack include nausea. The addicts might also experience shivering, sleeplessness and many other withdrawal symptoms. Medical marijuana, on the flip side, is known to treat such disorders by inducing appetite and sleep. As a result, medical marijuana is highly recommended for the healing of drug addiction. It’s usually a movement from one drug with dangerous effects to one that doesn’t have habit-forming properties.

Medical cannabis proves valuable as it contains psychoactive properties. With a lack of fall back, drug dependency is reduced. The reason many users relapse is due to the acute withdrawals. Withdrawals can be both uncomfortable and painful to the consumers. Medical marijuana thus proves useful in drug dependency healing. Furthermore, medical marijuana doesn’t have any withdrawal symptoms when used conservatively and responsibly.

Medical cannabis is presently legalized for the cure of many illnesses as well as cancer, anxiety and other chronic diseases. But, with cannabis being categorized as a schedule-1 drug, an obstacle appears to have been created. This grouping limits more research on the drug’s full capabilities and potentials. In spite of this, people are fast welcoming the advantages that come with the use of medical marijuana.